Hotels in New York can be really expensive – but do they need to be?

Fortunately, the answer is no. In fact, there’s a growing trend of budget to mid-range hotels that are really stepping up to deliver not only on price but on style too meaning that your cheap trip to New York doesn’t need to be spent in 1 star accommodation with a 5.6 rating. 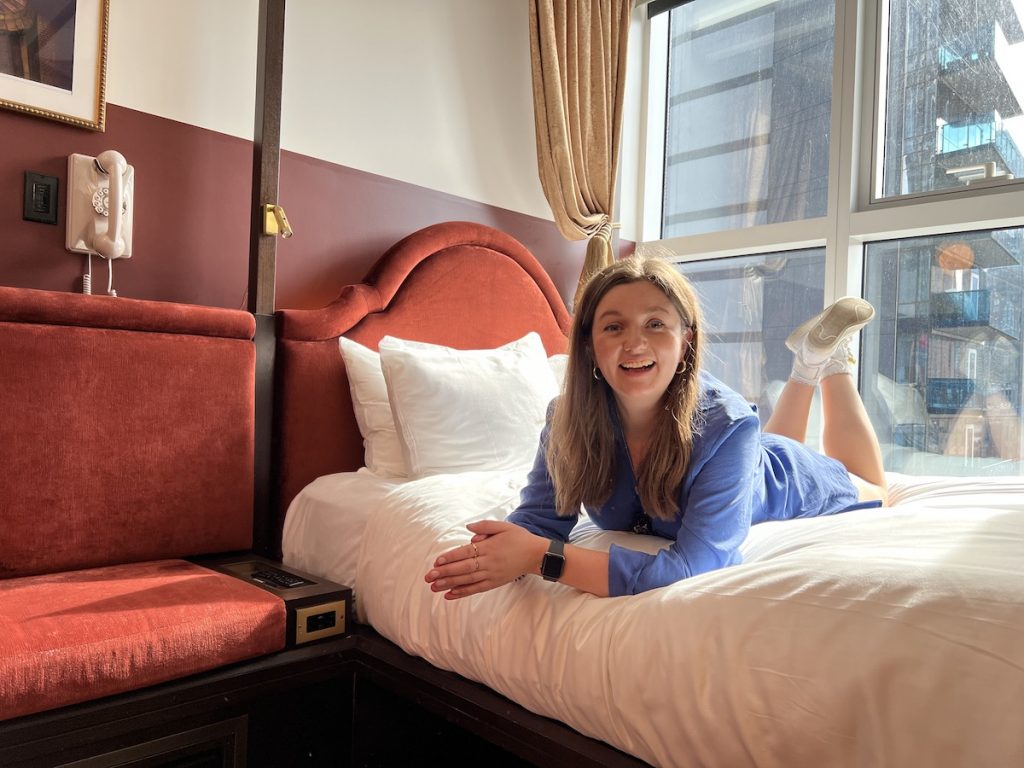 If this sounds like what you’re after, scroll on for the ones that have caught my eye in Manhattan, Brooklyn and Queens and look out for those that I’ve been to in person to check out for you.

When's the best time to visit New York on a budget?

Since it is one of the most visited cities in the world, travelling in peak times does mean that the price can go up significantly – even in cheaper hotels – so if you’re really hoping to do New York on a budget, when you go is key.

Whilst things might be a bit chilly, January and February are often the cheapest and ahead of the summer holidays, there are still plenty of deals to be had. After the peak summer months, October and November offer better value too but if you’re hoping to be in New York for December… Well, you better get saving now!

All the prices displayed below reflect the best price found from March 2022 including all taxes and fees but when I booked for February 2022, I found several of these for between £55 – £100 a night.

The best cheap hotels in Manhattan

Of the 5 boroughs in New York City, Manhattan is easily the most well known and most visited.

It’s a great area if you haven’t visited the city before and want to see all the top tourist attractions – the Empire State Building, Central Park, a Broadway show – however this can impact the price and in some parts, your ability to experience what it’s like to live in New York as a local. 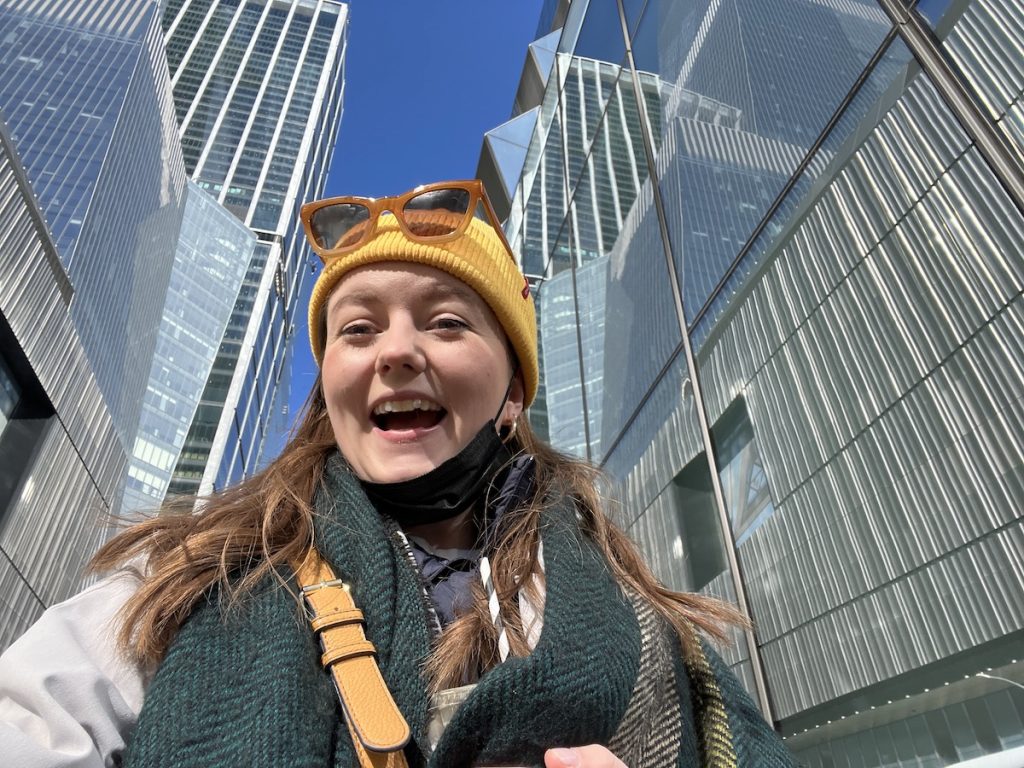 Travellers often flock to Times Square – and there are some great options in the area – but be open minded to staying elsewhere too. Remember, you can still visit – you just don’t need to stay!

For what The Jane Hotel lacks in space, it makes up in bags of character and history. Plan to not stay in more than to sleep – the ballroom, cafe and rooftop bar are all good excuses to leave your cabin but check to see if they’re open when you’re staying.

Previous
Next
My Full Review - Coming Soon!
Cabins from £71 a night

Don’t mind a small space but a private bathroom is a must? Then Pod Times Square may be for you. They also have 3 other outposts in New York (though watch that shared bathroom in Pod 51!) so make sure to check out their other locations and scroll down to see my stay in Pod Brooklyn.

If your favourite part of your holiday is the airport, you’re going to love YOTEL – they even call their staff cabin crew! But what caught my attention was the Yobot – the world’s first robotic luggage concierge service. Get a Solo to save money or a Premium Queen for more space.

Previous
Next
My Full Review - Coming Soon!
Solo from £121 a night

Formerly known as Sister City, these minimalistic but trendy rooms have now popped up post pandemic on Airbnb – and there’s 208 of them! The huge perk is that they start at £125 a night and some don’t seem to fluctuate in peak months… Happy bargain hunting!

Previous
Next
Cheapest room from £125 a night
Other available rooms

I fell in love with the boutique feel of CIVILIAN Hotel‘s rooms that prove that just because they’re petite, they don’t have to spare on the glamour! Their optional add ons like house keeping and fast Wi-Fi mean you can pay for just what you need – perfect if you’re on a budget. This is accessible luxury! Once their rooftop opens in Summer 2022, I expect this place is going to get BUSY.

Previous
Next
My Full Review - Coming Soon!
Queen from £140 a night

I stayed at the Freehand New York on my trip in February 2022 and I absolutely loved the location and its cosy interiors which had bags of character. It has solo and bunk rooms too – and 2 beautiful bars, a cafe and a connecting restaurant.

Previous
Next
My Full Review
Solo from £130 a night

citizenM is a great go to brand for good value in cities all over the world and New York is no exception! I particularly like that both have a rooftop bar with incredible views.

I was lucky enough to check out both the Moxy Times Square and Moxy East Village and both blew me away with how stylish they are and their fantastic guest spaces – they’re a step up from their European Moxy counterparts! Check out both of their amazing roof terraces, or check out Downtown for the cheapest rates.

The best cheap hotels in Brooklyn

The best cheap hotels in Queens

Want to watch a full room tour of my favourites?

Well it’s coming soon to my YouTube channel! You can go ahead and subscribe now so it drops into your feed, or why not bookmark this page as I’ll be linking it down below too. 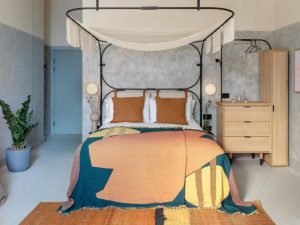 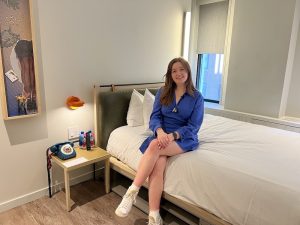 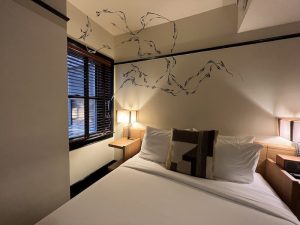 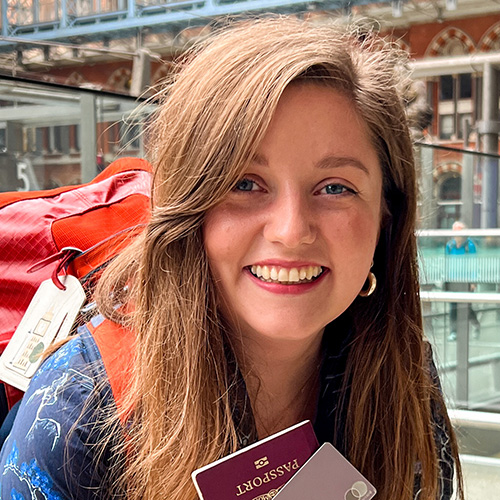 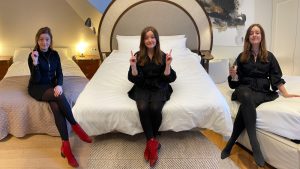 Vilnius budget, mid-range and luxury hotels – but which is best?

I stayed in 3 hotels in Lithuania’s capital of Vilnius – one budget, one mid-range and one luxury. But which hotel offered the best value?

I’m on @thegadgetshow tonight at 7pm on @channel

#AD The last night of my holiday is always the bes

Just a load of photos of me being absolutely BUZZI

James was having a nap so naturally, I had a photo